A COOL Center Based on Natural Quid Pro Quo 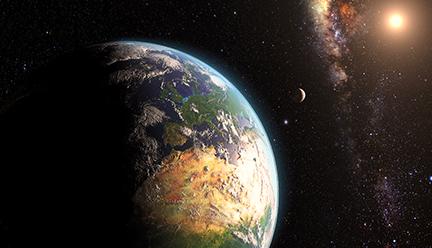 Relationships based on “you scratch my back and I’ll scratch yours” are everywhere in the biological world. The recently established Center for the Origin of Life (COOL) will harness these mutualisms to unravel the distant past.

“Mutualisms are persistent and reciprocal exchange of benefit. A species proficient in obtaining certain benefits confers those on a reciprocating partner,” Loren Williams says. Williams is a professor in the School of Chemistry and Biochemistry at Georgia Tech. He will lead COOL. The NASA-funded interdisciplinary team based in Georgia Tech is one of several groups cooperating to identify planetary conditions that might give rise to life.

The COOL team itself is enabled by mutualistic scientific collaborations. Joining Williams as co-investigators are Georgia Tech’s Jennifer Glass and Anton Petrov, Kate Adamala and Aaron Engelhart of the University of Minnesota, George Fox from University of Houston, and Nita Sahai from University of Akron.

Glass is an assistant professor in the School of Earth and Atmospheric Sciences. Petrov is a research scientist in the Schools of Chemistry and Biochemistry and of Biological Sciences. Williams and Glass are members of the Parker H. Petit Institute for Bioengineering and Bioscience.

“We represent a rare symbiosis of biochemists and geochemists,” Glass says. “This gives us a unique vantage point from which to tackle this big question that no single discipline can solve alone.”

Williams and his team have discovered that inanimate species – such as molecules, metals, and minerals – engage in mutualism relationships. Those interactions can explain much about modern biology and the origin of life, Williams says. “Mutualisms are fundamental drivers in evolution, ecology, and economics. They sponsor coevolution, foster innovation, increase fitness, inspire robustness, and foster resilience.”

The COOL team aims to use mutualism phenomena to develop tools to study the origins and evolution of life on Earth. One area of study is the mutualism between metals and biomolecules under ancient-Earth conditions, such as between ferrous iron and proteins to form metalloproteins.

Another is the mutualism between minerals and biomolecules, such as between metal sulfide nanoclusters and RNA, peptides, and lipids to form functional biopolymers.

“Understanding how minerals interact with small organic molecules or biopolymers could help predict whether similar processes could occur on other worlds,” Sahai says.

The team will also study mutualisms in the most ancient universal life processes: translation and replication. “We are studying how nucleic acids and proteins joined forces as the biochemical foundation of life,” Petrov says.

The ribosome, the universal cellular machine where proteins are made, is a molecular relict where nucleic and acids and proteins work side by side to translate genotype to phenotype.

“The ribosome is a molecular fossil. It’s a window to the emergence of life,” Engelhart says.

“We are exploring alternative pathways for the evolution of the translation system,” Adamala says.

“A key to understanding the translation system is by integrating a vast array of information,” Fox says.

COOL is one of four Teams in NASA’s recently launched Prebiotic Chemistry and Early Earth Environments (PCE3) Consortium. One of PCE3’s goals is to guide future NASA missions to discover habitable worlds by understanding how conditions on Earth gave rise to life.

Williams is a member of the steering committee of PCE3. “I am particularly excited to frame the beginnings of life within the context of our planet’s early, dynamic habitability and to use those lessons to imagine how planets around distant stars similarly could have favored the origins and evolution of life,” Williams said about PCE3. 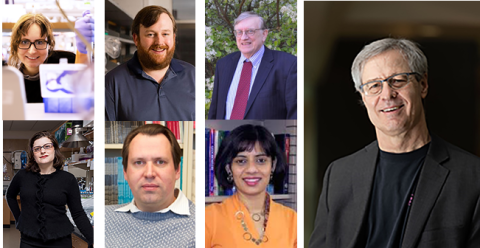 Center for the Origin of Life
Loren Williams