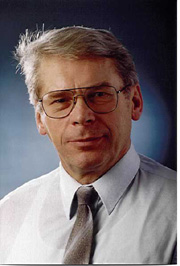 Chemical Electronics. Organic and inorganic materials can be used as active components in solid state electronic devices. The most obvious application are solid state chemical sensors such as Chemically Sensitive Field-Effect Transistors (CHEMFET). They represent a versatile platform for creating well-defined chemical sensors and chemical sensing arrays for many gas phase monitoring applications. CHEMFETs are hybrid structures containing conventional silicon-based part, which is combined with electroactive material forming the chemically responsive gate. The principal mode of interaction of these materials with gases and vapors involves modulation of work function of the gate material. The main research thrust in this area is on design of novel sensing materials for the FET platform and on creation of integrated, chemical sensing arrays. A field-effect transistor configuration also allows investigation of equilibrium fluctuation of work function of organic semiconductors used as the gate materials. There is no other experimental technique that would allow such investigation.

Atomic Metals and Alloys. Polyaniline is the most widely used organic semiconductor. Among its unique properties belong its ability to strongly bind various halo-complexes. We have exploited that ability to use it as an isolation matrix for electrochemical synthesis of atomic metals and atomic alloys. Thus, unprotected, but isolated clusters of AuN (N=0-7)  have been prepared and their properties predicted by quantum theory have been confirmed. Likewise, atomic alloys containing Au(n)Pd(m) (n+m <8) have been prepared and tested. Other binary and ternary atomic alloys are being investigated.