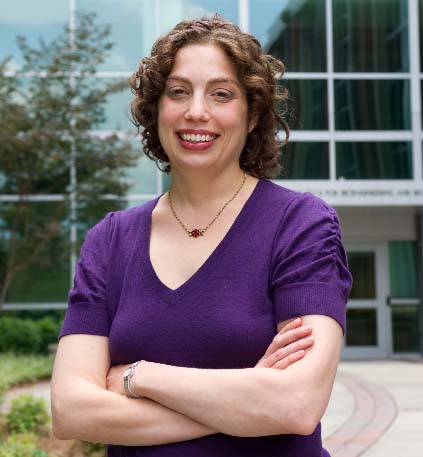 We are interested in the molecular details of how cells survive by recognizing and responding to intracellular signals. Eukaryotic cells employ several mechanisms to maintain homeostasis, and if these systems are mis-regulated, changes in metabolite concentrations or protein production/folding eventually lead to a host of diseases. In addition, some of these pathways exist in and are exploited by bacterial pathogens and viruses to gain entry into eukaryotic cells. We seek to understand the details of structure, function, and mechanism of proteins involved in these highly regulated pathways, focusing on enzymes that perform hydrolysis reactions in an unexpected chemical environment: within lipid membrane or near the surface of membranes. In the long term, we hope to identify small molecule inhibitors to modulate these activities and prevent diseases associated with aberrant signaling behavior.

Our methods focus on protein crystallography, biochemical and biophysical characterization, in silico modeling, and drug design.

Protein misfolding and mistrafficking., The main focus of this subgroup involves the protein myocilin, which forms part of the trabecular extracellular matrix thought to regulate eye pressure. Genetically inherited mutations in myocilin leads early-onset glaucoma, a disease that affects millions of people worldwide.  Mutant myocilin aggregates in the endoplasmic retiuculum (ER) of human trabecular meshwork cells and as a consequence is not secreted to the extracellular matrix.

Another project involves the lysosomal enzymes acid-b-glucosidase, which hydrolyzes bioactive sphingolipids at the lysosomal membrane. Mutations in this enzymes leads to the lipid storage disorder Gaucher disease.  In most cases, the mutations occur remote from the active site of the enzyme and partial activity can be measured in vitro.  However, in the ER, the mutant enzyme is targeted for degradation, and consequently never reaches the lysosome.

The goals of these projects are to characterize the proteins by structural and biophysical methods to elucidate the effects of specific mutations, and to discover novel small molecules called pharmacological chaperones to ameliorate trafficking of the functional mutant protein.

Intramembrane proteolysis., Projects in this subgroup focus on the structure and function of newly discovered integral membrane enzymes that perform proteolysis within the cell membrane, so-called "intramembrane proteases". The substrates for these proteases are membrane-spanning signaling peptides that enable mature, folded proteins to reach their final subcellular destinations. The leftover proteolyzed peptide fragments help report to the immune system about a particular cell's overall state of health, a process that is exploited by viruses for infection. Incorrectly proteolyzed fragments can also aggregate to form plaques, which have been implicated in neurodegenerative disorders like Alzheimer disease. The biological functions of most intramembrane proteases are not known, yet they are conserved among all kingdoms of life.  The goals of this project are to clarify the hydrolytic chemistry within the confines of the lipid membrane, including structural elements that govern access of the hydrophobic substrate to a hydrophilic active site, substrate specificity, and kinetics of hydrolysis.