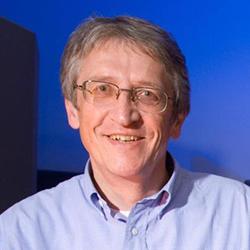 The Alexander von Humboldt Foundation has selected Jean-Luc Bredas to receive a Humboldt Research Award. The honor recognizes a researcher’s entire achievements to date. Recipients are academics whose fundamental discoveries, theories, or insights have had a significant impact on their own discipline and who are expected to continue producing cutting-edge achievements in the future.

Bredas is internationally recognized for groundbreaking contributions in the field of organic semiconductors. The enormous influence of his research on the field is reflected by the impact of his publications. He has been ranked among the 100 top chemists in the world, the 100 top materials scientists in the period 2000-2010, and the most highly cited researchers in 2018.

Among Bredas’ early achievements is the unique theoretical insight into the physical and chemical processes in pi-conjugated systems. His studies elucidated what makes polyacetylene and other pi-conjugated polymers special. His computational analyses revealed that conductivity in these polymers is due to formation of self-localized nonlinear excitations—called solitons, polarons, and bipolarons—along the polymer chains.

Other basic subjects that Bredas elucidated are the fundamentals of charge transport and excited processes in organic materials. His work advanced the understanding and development of new materials, including highly electrically conducting polymers, organic semiconductors, organic-metal and organic-conducting oxide interfaces, organic photovoltaics, and purely organic emitters.

“In addition to being a nice scientific recognition, this award,” Bredas says, “offers a tremendous opportunity to develop and strengthen our collaboration with two world-class institutes: the Fritz-Haber Institute and Humboldt University.”

Bredas says he will use the award for visits with Matthias Scheffler in the Fritz-Haber Institute in Berlin. Sheffler is a renowed computational scientist; his theory group has developed tools for machine learning, which are of great interest to Bredas.

Specifically, Bredas wants to investigate the structure of interfaces between organic and inorganic two-dimensional materials. An example, he says, “would be the interface between a single layer of a transition metal dichalcogenide and a single sheet of a 2-D pi-conjugated covalent organic framework.” 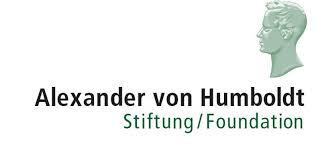